This time round, we have to take part in this Meme contest in order to win the tickets. Creative isn't it? 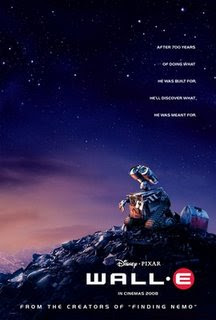 Blogger with the most amount of people stating them as the originator will get to win 50 tickets for the screening of Wall.E movie... 50 tickets? that's like half a theater? That's so cool.

Anyway, I've been tagged by Leonard to join in this meme.

The craziest thing I have done for love is waiting for almost 12 hours below where your girlfriend stays and manage to see her in the end for 1-2 hours." Catch Wall-E in cinemas from 28 August 2008 (http://leonardpng.blogspot.com)


"The craziest thing I have done for love is chatting on the phone with my boyfriend for 8 hours non-stop." Catch Wall-E in cinemas from 28 August 2008 (http://www.mrstea.blogspot.com)